We grow garlic in and around Red Wing, Minnesota, down in the southeast corner. We are lucky to garden where we do… it’s down right beautiful. And our friends and family support us by sharing their land and barns with us.

Even though the name is fairly new, we have been growing garlic for ourselves and friends for over 25 years. We’ve grown to the point that we are selling our garlic at the local Red Wing Farmers’ Market, the Minnesota Garlic Festival, and one weekend in September at the Minnesota Renaissance Festival called “The Italian” weekend.

What’s in a name?

I had someone ask me about the variety of garlic that I have “….eagle something?” I knew that she was referring to the name I’ve given my garlic “enterprise.”

Years ago I was listening to a program on the radio about the hawk migration in Duluth. The way I heard it was that the hawk’s brain is kind of translucent–that it can sense the change in the daylight hours and knows when it is time to migrate south. I thought to myself…wow..it’s just like my garlic! Garlic senses the shortening of daylight hours around summer solstice. It then stops putting it’s energy into the tall greens and puts it into the growing of the bulb underground. Now how cool is that? Hawk’s brain garlic. 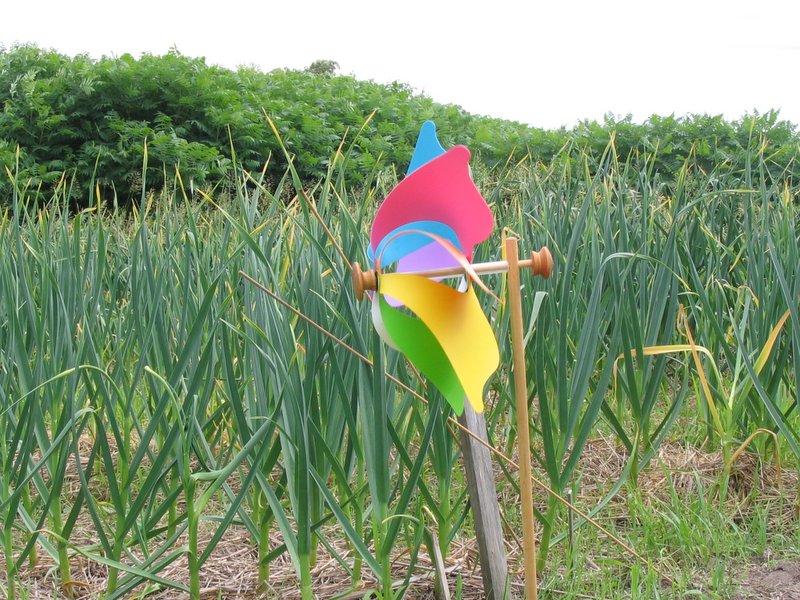 The crop is GREAT this year!!

hawk’s brain has been here all along. garlic is good this year in 2014!

This Minnesota garlic is ready to eat!

For those who read the Rochester Post Bulletin article:

Where has she been? What’s up this winter?

What a couple of weeks does.

One of the garlic gardens on the Farm.

Check it out—It’s up!

Garlic tasting party-what else is there to do on Valentine’s Day?